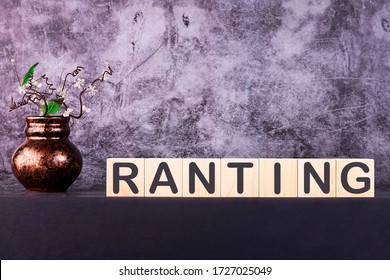 I have many, many acquaintances. I have a good handful of friends, though the levels of friendship vary among them. There are but naught two of them whom I will be comfortable sharing my true ugly moments with, a few with whom I measure every word with thought before uttering, and everyone else falls somewhere in the middle.

A good friend of mine is very adamant about being nice and kind, convincing us through social media of the adage that “if you can’t say anything nice, don’t say anything at all”. And I don’t disagree with the adage. Nonetheless, it often reminds me of my self-quote (to myself, occasionally to others) about not giving out advice that you, yourself, are not willing to take.

A recent example of my having to “bite my tongue” after trying first to make my point in a kind way is… During Super Bowl Sunday, someone commented on social media a negative comment about the half-time show. I did not watch any of it, so I have no perception. This person then went on a 10-minute rant about someone thinking it was okay to make that remark. The rant, part of a YouTube video, wasn’t vicious, but it certainly wasn’t positive. I tried to explain, again, in a way I thought was kind, that it’s not logical for one person NOT to be allowed to express an opinion via social media, but it is allowable for THIS person to make several minutes of negative comments about someone, also via a social media platform?

Personally, I have nothing against people who rant – heck, I have my moments of needing to rant and I’m willing to understand that others need those moments as well. But it gripes me that anyone could possibly think that only they are permitted to voice a differing opinion.

This friend’s son, who is the one who makes the YouTube videos, has, for the past several videos, gone on a rant about how other people drive, as far as to call them stupid. These rants happen well after the fact of the actual moments that caused the negativity in the first place. This son is also one who encourages us to be kind and compassionate towards others. Needless to say, I’m really irked by this double standard, and further irked by the fact that these folks don’t even see it in themselves! If I had the technological understanding to do so, I swear I’d make a video of various clips, alternating between the “be kind” statements and the “rants”. Again, I have my moments of ‘road rage’, but they are contained in my vehicle and kept to myself.

In the world today, there are plenty of things that can push our buttons towards anger and frustration. And different people experience different events with different amounts of anger/frustration. I’m not one for saying to hold it in (trust me, I know from experience how traumatic that can be to oneself), but spew it out and let it go! Stop and think about whether this thing that’s caused you to be angry is worth the energy and time to hold onto and continue to complain about well after the moment has passed.

And please, please…. practice what you preach – or just don’t preach it!

And with that, MY rant is over!

Yesterday, I stopped off at a convenience store to treat myself to an English Toffee cappuccino. As a diabetic, this is a rare treat for me, but I wanted to treat myself for having an especially good week with my physical therapy appointments. As I was parking, I watched a man get out of his vehicle, dressed in what seemed to be construction-worker attire and enter the building without a mask. I sat and waited, wanting to see him return empty-handed for not following the state mandate. Instead, I watched him return with a soda fountain drink in hand. He reentered his car, got situated and immediately lit up a cigarette before pulling away.

I donned my mask and walked in. I’m at this convenience store often enough that many of the employees recognize my face as a “regular”. I stepped up to the cashier and mentioned how disappointed I was that the man was not refused service because he wasn’t following the mandate, and I was told that they are no longer supposed to ask or question because some people have medical reasons that exclude them from the mandate. I went to the coffee station, and as I was filling my cup, I tangled with this information. I mean, I get it that some people’s health is made worse by wearing a mask. But certainly, if a doctor has deemed a person to be exempt, why can’t the state issue some kind of exemption card to doctors to hand out when appropriate, allowing those people to flash the card when questioned. I mean, we all have to remember to carry our masks with us, so asking them to carry an exemption card doesn’t seem like asking too much. Those who have one can remember to place a handicapped parking placard in a visible space when they park in one of the designated spots. Somehow, I can’t see that it would be a bother! And, it would keep people who think that rules don’t apply to them from slipping under the radar and break them because there is no way to prove their case that they don’t have a medical reason to be exempted.

That got me to thinking about other laws and mandates that have been implemented but have no consequence for not following. The state of PA made it vehicular law that vehicles must have their headlights on when it is raining. Much like the masks, this is a safety measure meant to protect themselves as well as others. Yet, I suspect that there have been ZERO cases in which that law has ever been invoked. I mean, again, I get it – what police officer wants to get out of the vehicle in the rain, walk to a pulled over vehicle in the rain, ask for identification and write a ticket while standing in the rain, then walk back to their vehicle in the rain and get inside the vehicle with clothing stuck to the skin?

Some years ago, the state of PA instituted another vehicular law that said that vehicles which were left running unattended were against the law. As I recall, instituting this law was a step to hopefully prevent the ease with which vehicle theft might occur. And once again, I get it – when it’s cold and you’ve finally gotten your car warm, or hot and you’ve finally gotten your car’s interior cool, who wants to stop and restart a vehicle simply to run into a place for, say, a pack of cigarettes? And yet, it’s another example of a law that has no consequences for breaking it, and it’s often ignored.

We have a law that seat belts are required to be worn. However, you’ll only get fined for it if you are stopped for any reason besides just not wearing your seat belt. I suspect that the drivers of vehicles are not fined for being injured or thrown from their cars during an accident.

And once again, I come back to questioning why we bother spending time and energy to write, debate and governmentally enact laws and mandates that people choose not to follow and which have no consequences for breaking! I remember when motorcyclists had to fight for the right to choose whether or not to wear a helmet when traveling on their bikes. I respect the rights of bikers who choose to go riding without a helmet, not because I don’t think it’s a safe practice, but because theirs in the only body that will be damaged in an accident. I believe that drivers should have the right not to wear a seatbelt, but believe that they should insist that any passengers in their vehicle must wear one. Again, if you choose to risk your health or life by not wearing one, that’s a personal choice for only YOU, but I don’t think you should be allowed to put passengers at risk by not insisting on wearing a seat belt.

Wearing masks and driving with lights on in the rain, however, are both mandates that also think about the safety of others, and that should supersede any individual rights.

Listen, wearing a mask is not on my list of “fun things to do”. I wear it primarily for my own health reasons, but I also believe in protecting others. Because I suffer from chronic sinusitis, I never really know if symptoms are, for example, from a cold or other respiratory bug that can be spread. And there have been times, when wearing my mask indoors someplace, I’ve had to find a corner or place away from anyone else so I can pull down my mask and blow my almost always runny nose. I’m still pretty cognizant of being socially distant from others when in places like the grocery store.

And, I’m also a bit disgruntled about why there are no consequences for people who don’t follow mandates or laws? Then, what’s the purpose of them????

I don’t necessarily feel any less angry about this than I did before writing this post, but sometimes, I just have to let the negative energy out about and express it. Thanks for hearing me out!