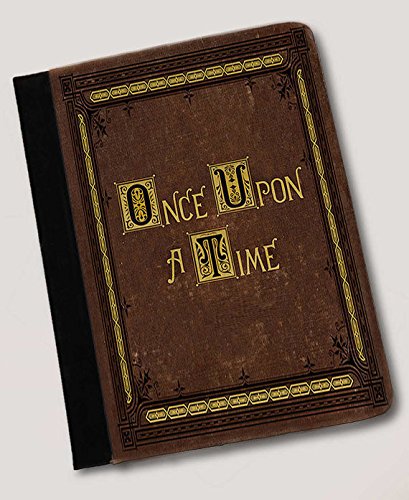 …there was a gal who had always enjoyed writing. She had written articles for the humane society, articles that were published into pamphlets for a psychological practice, and multiple poems (which were never published). Many of her bosses liked her ability because they could give her two or three sentences and she could make them into two or three paragraphs, at least enough to make a letter an adequate length to send.

When he left her life, she stopped writing except for what was necessary. It seemed obvious to her that it was his energy and presence which allowed her to turn words into glorious visualizations. Without his energy, she couldn’t draw two words together in a meaningful way, much less into a sentence or paragraph that spoke from her heart.

Several (many) years later, she stumbled across a printed version of those many words – and they moved her so much that she decided she wanted to share them. They were, indeed, glimpses into not only her mind, but her heart and spirit as well. She tucked those pages away, not quit knowing if she was willing to be vulnerable enough to share them.

When her beloved brother started blogging, she thought that a blog might be a way she could share these words, share the thoughts and create the same visuals she got whenever she read them. Still, she put it off…

One day, a content creator who does wonderful vlogs made a comment to his audience to “quit saying it and start doing it.” That phrase struck her, and she realized that the time was right now or never. She knew she could easily share the pages of words she had written in a way to make for several posts.

And this blog began. She named it “Ramblings and Ruminations” because it felt to her that what she had on hand fit that description. The first entry was on April 3, 2019. She thought she’d only have these pre-written words to share, but suddenly saw that she had a lot to say. Some of it was opinion, some of it was helpful hints, some of it was advice.

I wanted to share this story with you as a way of honoring 50 posts now available on my blog. The “ramblings and ruminations” portion is only 4 of those 50. I guess she was right – she does have a lot to say! In fact, I believe I can say with authority that “once upon a time” doesn’t only exist in fairy tales!

This journey, while still in its infant stage, has changed my life in so many ways. By blogging and reading others’ blogs, I’ve re-energized my personal growth journey, which hadn’t seen much activity since I retired. It has brought – and continues to bring – many ways in which I’ve become much truer to my authentic self. I’m learning to love myself for who I am and I’ve quit trying to be who I think others want me to be. This part of my blogging journey has been the greater gift.

Still, as I continue to share in my blog, I hope I’ve brought insight and help to those who read it. Being vulnerable continues to make me a little anxious, but it helps me to focus my attention on those who accept the “real” me and stop spending energy trying to hide the real me.

To my readers and followers, thank you for following me as I ramble through a lot of subjects, writing whatever is on my mind that I think is worthy of sharing. I am honored by your presence. And here’s to another 50 blog posts!

At the risk of admitting this, I was never interested in reading blogs before I decided to start my own. My brother (my life hero and my blog inspiration) has had a blog for some years now, though he took a sabbatical from writing in it for a while. I’d always read his, given him my likes and occasional comments. But that was where it stopped.

Until I started writing. When you use the Word Press software (which is free, by the way!), signing on shows you the community of bloggers also using the same software. I looked at a few blogs and decided to follow quite a few of them. The blogs I follow are an eccentric bunch – some blogs are short, some are long. Some stay on the course of a central topic, some (like me) ramble on with whatever crosses their mind. Some add photos throughout their blog posts, some do not.

The people who write blogs are just as eccentric as their topics. There are young bloggers and old bloggers, some male, some female, of differing religions and races. I follow one person who has a Ph.D. in psychology and offers some great insights into the human psyche. I follow one who is a ‘cat lady’, but she also writes about antics at the gym where she goes. One is a young lady who, based on what she’s shared, hasn’t had the easiest life so far but somehow remains without an ounce of cynicism in her stories. And there is one, a woman twice-divorced, who offers great tips for anyone in any stage of divorce in their own lives. In addition, a former colleague with whom I’ve remained friends is off traveling through Italy and started a blog of her adventure which I now follow.

We are as diverse as any group of people can be. But we are all bound by this need to express ourselves to others – our stories, our thoughts, our fears – and to share with others the lessons of life that we have learned.

So, what about you? Do you feel you have something you want to say? Are there stories in your life so rich that they ought to be shared to enrich others with them? Maybe you’ve experienced a tough time (or two) in your life and want to offer tips and insights to anyone facing a similar circumstance. Whatever your reason, if you want to write, I encourage you to join our community! What are you waiting for?

When I first decided to start a blog, my intent was to share my love of words. I’d found some old writings in which I’d waxed poetically about words – what they mean to others, what they mean to me. My very first published blog article was about just that. And then, I drifted. Not intentionally, but it happened nonetheless. Posts since then have been about a myriad of subjects, and I’m happy to have written them. But reading another’s blog – someone who also attaches a great deal to the use of words – reminded me that I need to keep my focus now and then, so that I can share the power that words have over me. And so, this will be another blog post about words and writing…

Though those of you who know me realize I am seldom at a loss for words; when I let my brain ramble and roam, it’s a different matter.  It seems so unusual for me, who lives and breathes by words spoken and written, to be at such a loss.  Is it this that compels my need to write, to have to see the black and white in order to find words for what is lost?  Why do I need to write, to put words to paper?  If the words are not seen, do the ideas then cease to exist?  In a way, it’s mental masturbation – thoughts are ephemeral and spirits that have no mass – if words are not expressed for another, then of what use do they serve?  Do I need to say and to write in order to be?  I only know that I need to write in order to maintain what little sanity exists within me….

Too often I find myself using, perhaps abusing, words – trying to create or instill in another a concept of rationalization of what I see in my heart’s eye – perhaps needing to share that what is inside me far exceeds the pinpoints I used to describe the life that I have and the life that I have had.  Sometimes, my thoughts are a reflective journey of dreams unrealized, at least not yet – but the dream still exists, a pantomime that exists with the hope of being fulfilled.

Too many times it’s been difficult to look in the mirror and face myself and realize, not for the first time, the compromises made for my life which were at one time debated internally and anguished about – but by indecisiveness, lack of focus and/or energy or simply fear, I’ve succumbed to these compromises.  Checkbooks, day planners and the needs of others were what dictated what was possible and which dreams were capable of being captured.  At some point in our lives, we reach the age – or better clarified, mental state – at which the physical sense of safety and the acceptance of only satisfactory fulfillment begin to override our desire for the dreams we thought were capable of being captured.  We attempt to convince ourselves and others near and dear to us that we have actively pursued and achieved many of our goals.  But were they every really our goals, or were they more the goals of what society expects when we reach the stage of adulthood?

Nonetheless, we chose these goals – primal urges satisfied if not satiated – and routine sets in… the same grocery store to be shopped in, a new car every five years, make love to one’s significant other every Saturday night at 10 PM, wear the same clothes from the closet time and time again… so engrossed in the day that the week is displaced. Holidays become a matter of work rather than enjoyment – a chance to show off one’s hosting skills with a perfectly set dining table and a well-stocked bar. Other pleasures once so fervently sought become nothing but leisure thoughts of the more we wish we had done. Meanwhile, time has been parceled out by weather reports and the daily news and each of us pays master to taking care of the necessities with no consideration or exception… How sad that we so easily fall into this luckless state that we once thought was the development of our dreams – so vivid and appealing in our imaginations but so matter-of-fact and lack-luster in our real lives.

And every once in a while, in the few moments to spare waiting at a traffic light, we ponder the state of personal pursuit of happiness – afraid to admit we’re unhappy, understanding that complacency is valid as the end equation of compromises made along the way. And no matter how much or how little time we spend trying to think of different mathematics to arrive at the final answer, in the end, we are still going to die and everything is going to be just as we leave it.

But still, we choose to transcribe our thoughts into words – to provide another a tangible expression of the spirit within us. How do I explain to someone else the wonder I see when a rainbow mysteriously appears and the clouds become a colorful dance in its reflection? How do I explain the smile another has brought to my lips unknowingly, even unintentionally? Or explain the immediate physical impulse the presence of cherished one whose whole demeaner quickens my breath? In intimate moments, how do I reflect, other than with words, how each sensation experienced fuses into a whole, yet each sensation is complete within itself?