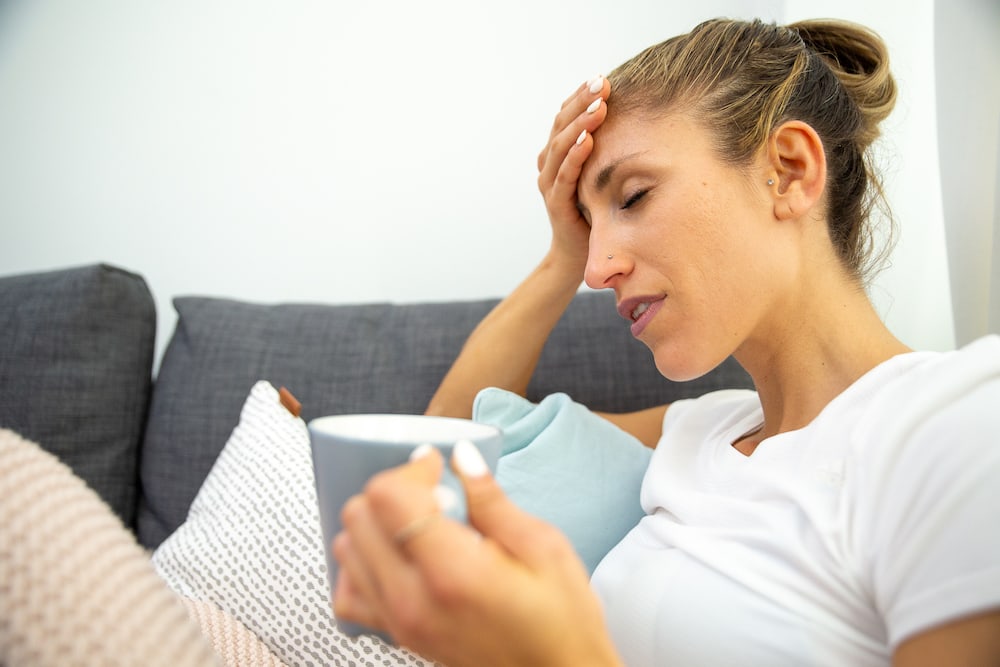 For years and years now, I’ve suffered from S.A.D. (seasonal affective disorder). Since discovering it had both a name and a diagnosis, I’m keenly aware of its possibility beginning in late September. By preparing for that possibility, I’ve been able to train my mind that it may cause some low swings in mood but is combatable with extra sun, a mild depressant and just kindness and tolerance towards myself when (if) it happens.

I’ve also struggled with depression over the years, which has a large effect on my mood and can send me into a very “F it all” place if it gets bad enough. Again, having suffered from those attacks, I’m usually aware of their onset and quickly reach out to loved ones to let them know I’m headed there, more to forewarn them that I may disappear from my activity in their lives than for any other reason,

Well, this year – yesterday, to be exact – I’ve learned that depression can manifest itself in physical symptoms. For several months now, I’ve been suffering from serious fatigue and exhaustion, sleep patterns that are worse than what is “normal” for me ( which aren’t good patterns) and a loss of appetite. I’ve been tired mentally as well. I’ve been chalking it up to this crappy aging process and just accepting of it being what it is without much thought. When you’re overweight and diabetic, you tend to look at loss of appetite as a positive, right???!!! Less sugar plus less calories equals lower blood sugar levels and burning fat for energy, right???!!!

Well, apparently, all of these symptoms are also classified as being physically depressed. I didn’t even know there WAS such a thing! I am always keenly aware of my mental and emotional changes, and honestly, was actually pleased that, with the crappy year we’ve all been going through, I’ve remained in positive spirits except for the frustration of being always fatigued and yet, not able to sleep well enough to erase the fatigue. Now, according to my doctor and some additional research on the Internet (what did we do before we had access to information on anything available at our fingertips?), these physical symptoms all point to depression.

On one hand, that finding eases my concerns a bit – knowing that I’m suffering through something and it’s not just aging that’s causing it. On the other hand, I am uncomfortable with the thought that I’m apparently depressed nonetheless. It is apparently more common in people in my age bracket, and women more than men, so it helps to know I’m not alone in the experience. Exacerbators to the onset are both less sunlight and the fact that, due to wearing masks, our bodies take in less oxygen whenever we are forced to don one.

But while I’m accepting of all of these facts, I’m still working through physical therapy for my shoulder, the last little bit of the problem with it seems impossible to conquer, and I have exercises to help that I just don’t have the energy to do. I’m finding myself having to really push myself to accomplish basic chores, and some of them get pushed down the priority list more than they should. When you start choosing what to wear based on what’s in the clean clothes basket because you haven’t found the energy to hang up or put the clothing away properly, when the stench of your trash finally forces you to tie up the bag and put it outside to be taken to the bin, when you let dirty dishes pile up in your sink for more than three days, when you can’t even read more than a few pages of a book because your eyelids are tired, well, that’s a problem!

So, where I’ve been is struggling – – and where I’m going is apparently going to be the same place I’ve been. I’ve done some ‘nesting’, not as much as usual, but some. I’m now forcing myself to eat twice a day, no matter how little, simply because some of my medications need food in my stomach in order to work properly. I’m deriving a plan of setting a small amount of chores on my to-do list every day and accomplishing them, no matter how tired I am. I’m pretty much trying to train my body and mind into adapting a survival code and giving myself permission to accept that I’m not going to do all of the things I want to do but adamantly going to damned well do all of the things I need to do. And the biggest one for me is that I’m going to learn to be okay with the fact that what I do may not be enough in other people’s eyes and they can think poorly about me all they like!

My focus is going to be taking care of myself as best as I am able, and being there for others as I can. Putting myself #1 in my life is going to be a challenge, and I know I’ll stumble along the way, but I’m beyond the ability right now to have the energy to worry about anyone who thinks I’m being greedy.

So, readers, forgive me if my blog posts continue to be sporadic.