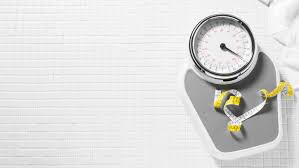 (NOTE: I’ve had this post written for a while, just waiting for the right time to publish it. I saw a new ad on social media today for yet another ‘weight loss patch’ and decided I really needed to get this out to my readers who are as gullible as I have been about the alleged easy cure to being overweight.)

I’ve been thin once in my life. I remember it clearly. I was in 7th grade – my first year in junior high school. We all experience that one growth spurt, where we add several inches in height in a relatively short span of time, and when mine happened, I looked very thin. My 7th grade school photo actually shows it (as well as the cat-eye glasses that were popular at the time!).

Of course, that was only temporary. When I look at photos from my earlier childhood, I wasn’t terribly chubby, but I wasn’t scraggly either. And honestly, for many years into my adulthood, I carried a bit of weight on my bones, but it wasn’t enough to qualify me as “fat”. I got bullied more for wearing glasses and for wearing clothing that my mother picked out, which belonged on her generation and weren’t trendy for mine. During high school, dress codes had started to relax but I still owned more dresses than anything else. Jeans were definitely out of the question – although I did have one or two pantsuits for more casual occasions. I was so proud of myself when, in college, I bought myself the first pair of jeans!

Anyhow, over the years, I didn’t regard anything about food other than did it taste good? We weren’t rich by any means, so starches like bread, potatoes and noodles were a part of every meal. Portion control was never considered – we simply ate until we were full (and sometimes overfull). My mom didn’t like leftovers taking up fridge space, so, subconsciously I think, we all ate until whatever was served was gone.

And the pounds packed on. I was already destined to have weight issues based on my maternal side’s genetics. I learned early on that I didn’t like raw vegetables, so salads were always bypassed. While I still didn’t consider myself fat, I would admit to being chunky. I’d never really worn tight or form-fitting clothes, so my clothing masked a lot of it. The gain was slow, unlike that vertical growth spurt, so I didn’t pay a lot of attention to it.

I’ve known, in my brain, that the biggest keys for weight management were portion control and healthy choices. I’ve seen the many ads for weight-loss plans like Weight Watchers, Jenny Craig, etc. and the portions they sell to you as an entire meal are equivalent to what we eat as the two sides to our meals. Many programs stress going lean and green – high protein and healthy (raw, if possible) veggies. Yea, sell that to someone who would rather scrub the floor than eat a salad! Don’t get me wrong – I like and eat a lot of chicken – but plain chicken is boring! Things like cayenne pepper are good seasonings, assuming you like hot, spicy food (I don’t!).

When all of the ‘magic’ weight loss pills hit the market, I admit the idea appealed to me. What if there really was a way to lose weight that didn’t demand exercise and/or being careful about what you ate and how much of it? I watched dozens of videos and ads about different products. There were two major reasons I didn’t jump on that bandwagon. First and foremost was that I didn’t know anything about the ingredients or what their side effects might be, especially with the medications I was taking for other health issues. Second was the cost. Somehow, $79.98 for a month’s supply seemed outrageous to me! I still watched, and read the miraculous reviews from alleged users, and dreamed of it being that easy.

Then, about a year or so ago, a new fad was brought to the market – one involving placing pads on your stomach that would ‘naturally’ shrink belly weight! Woah, hold up a sec! You mean all I have to do is put this patch on, leave it in place for the prescribed amount of time for maximal shrinkage? No worry about side effects? Well, sign me up!!!!!!!

The first product I tried was called The Wonder Patch. It seemed simple enough and I liked the idea of it covering the whole tummy area, hitting all of my trouble spots.

I was excited when it arrived and read through the instructions carefully. The cut-out for the navel made it very easy to place in position. Removed as instructed and reapplied a new one the next day. Taking off that one seemed a little more inconvenient, as it seemed to be adhered enough to cause a little bit of effort and tug on my skin as I did so. Days three and four were similar to day two, though by the removal of the patch on day four, I could see pink areas on my skin from irritating it while removing the patch. Undaunted, I decided a little bit of skin irritation was worth it to shrink my belly fat. I even tried moving the placement of the patch a little to the right or left each day so the same skin wouldn’t get irritated. By day eight, my skin that was raw started to tear. I’d also developed ultra-dry skin beneath the entire patch, which flaked off by simply touching it. Wanting to believe nonetheless, I stepped on the scale. I couldn’t really see any changes but maybe…. You guessed it – no change. I mean, the good news is that I hadn’t gained any weight, but neither did I lose a single ounce. So the pain was not worth the gain – or lack of loss in this instance.

A few months later, I saw a new ad for a different kind of patch. This one was adhered only to one’s navel, and made the same promises to help shrink belly fat.

Okay, this didn’t seem so bad. I admit that I wondered how it could possibly work, since I’m an ‘innie’ but I was willing to give it a chance. I didn’t have any reactions on my skin from it, so I continued to use it – for 28 days. The supply was provided for 30 days, so certainly, at 28 days, I could expect to have some result. Again, I couldn’t visually see any change, but the scale would tell me whether it was working. Again, zero weight loss – actually, I’d gained almost a half-pound. Discouraging!

One more product ad came out and I was gullible enough to believe that “the third time’s the charm” – or else it was going to be “three strikes and you’re out”.

This product was a bit different than the other two. You could use as many patches as you wanted to and place them in the areas that you wanted specifically targeted. This product didn’t cause any skin irritation, but peeling the adhesive guard off in order to use them was difficult and offered its own irritation. As I’m sure you can suspect by now, the results were zero, zilch, nada. (On the bright side, I hadn’t gained anything!)

Logically, I wasn’t 100% surprised to have found myself tossing money away in the search for the easy way out for something that has no easy way out. I mean, I’ve watched dozens of episodes of My 600-pound Life (on TLC) and know that even weight loss surgery requires a change in eating habits. And again, it comes back to portion control and healthy food choices. I’ve actually toyed with the idea of hypnosis that would make me like – even crave – salads and raw veggies. I have no problem liking high protein foods, and I like a lot of cooked vegetables. But I also like pasta and rice and potatoes in any form. I like a lot of fresh fruits, too, but have to limit them because, even though it’s natural, fruits have a lot of sugar.

I’ve pretty much accepted that there is no magical and easy way out for dealing with my weight. I do know that my portion sizes have changed quite a bit. Where going to a buffet used to have appeal, I recognize that it would now be a waste of money because I get full so quickly. I’ve even not finished an side order of French fries because I was full (French fries are my favorite food!). I toss at least half of a hamburger bun away and honestly, prefer to have my burger without a bun. This is also true for hot dogs.

The purpose of this post is to hopefully alert people who have tried any kind of assisted weight loss. That is true for things like Jenny Craig, Weight Watchers, the Atkins plan, etc. It’s not easy, but you can learn to limit your portion control on your own and without the cost of purchasing pre-made food. You are in control of the food that comes into your household, so avoid the snacks and sweets at the supermarket and they won’t be in your house to tempt you! One of the biggest things I have learned, which helped me slowly drop 30 pounds which will NEVER come back, is to learn the actual feeling of being hungry and to stop eating the moment you no longer feel hungry. If you eat until you feel full, you’ve eaten too much. And yes, I occasionally over-indulge and eat too much, but certainly not like I used to!

Don’t be like me and waste your money on gimmicks that promise to do for you what it already in your own power and control to do for yourself. Accept that there IS no easy way out and decide if you want to lose weight badly enough to make the changes necessary. Start with small steps, by cutting back your portions by just a little bit. Get in tune with your body’s signals for food and eat only enough to answer the “I feel hungry” command. Don’t graze mindlessly – sit down and focus on eating and consciously savor and enjoy each bite for taste and texture. Don’t eat because everyone else around you is eating – if gathering at a family function centered around a meal, put one or two bites of the things you like on your plate and focus on the people instead of the food.

It’s work, people, and it’s a slow process, but again, remember, it all starts with you!